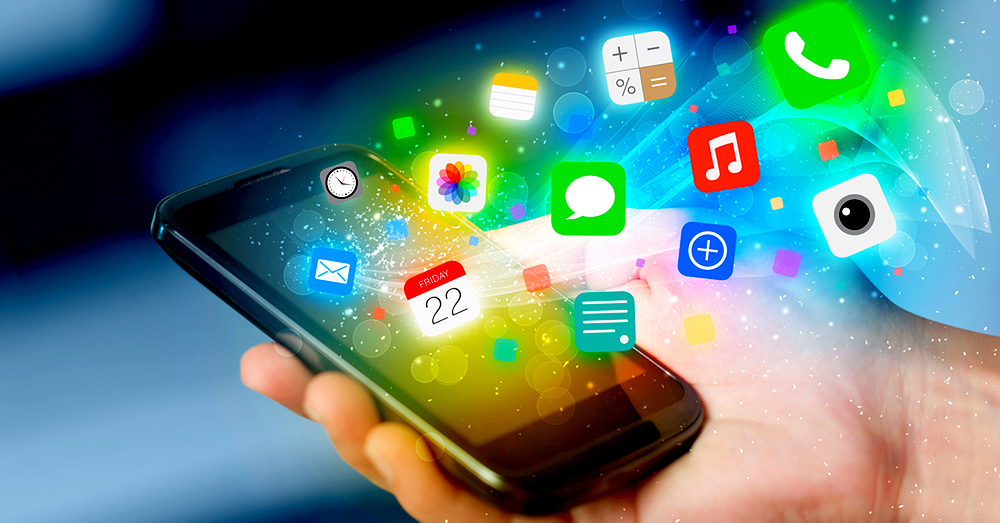 Developers pay great attention to the design of software products for gadgets, trying to make them as convenient and user-friendly as possible, and mobile application security testing allows you to identify how secure your mobile application is. According to statistics, mobile applications are downloaded hundreds of billions of times annually, and almost 60% of the time spent in digital space falls on application usage.

Want to have an in-depth understanding of all modern aspects of Mobile Application Security Testing? Read carefully this article and bookmark it to get back later, we regularly update this page.

The client part is working on the device after it was downloaded, where developers place their systems. The developer's side represented by the server. Frequently, it is the software that generates and processes the website content. Now we use a lot of applications every day, while almost half of them contain confidential data, like passwords, API keys and others that have strict encryption requirements, and most of them use abilities that could reveal users' personal data.

That is why mobile devices are subject to increased attention and discussions on security issues. OWASP Mobile TOP 10 is the most known methodology of mobile application security testing.

This M1 includes misuse of the feature of OS or security measures of the platform. This often happens and can have a significant impact on vulnerable applications.

This risk on the OWASP list warns the development community of the hazardous storage of mobile device data. A hacker can get physical access if device was stolen, as well as log into it using hacking soft.

M3 is another common risk that mobile app developers forget about. Data transfer to and from a mobile application is usually done through a carrier or Wi-Fi. It is known that attackers succeed in disclosing users' personal information if this transfer is not protected. Hackers intercept user data on a local network via a jeopardized Wi-Fi network, connecting to it through routers, other equipment or using an infected application using malware.

When sending requests with user’s data to the server, some may be sent via HTTP instead of HTTPS. If physical access to smartphone or tablet took place, a cybercriminal can easily get access to the file system after connecting to the computer. Many freeware programs allow attackers to come at to directories and personal data located in there. This means that you need to remember about confidential information in the application, which must be stored in encrypted form and that applications can share data with other applications. This vulnerability also reveals mobile application security testing.

If you use encryption, but at the same time use weak encryption / decryption processes or admit flaws in the algorithms that run them, then user data will again become vulnerable. Attackers can try to use cryptographic problems by gaining physical access to a mobile device, using malicious applications on the device to access encrypted data and monitoring network traffic.

M6 involves using authorization to log into the system as a legitimate user, unlike M4, when an attacker tries to bypass the authentication process by logging in as an anonymous user. As soon as an attacker gains access to the application as a legitimate user by deceiving the application’s security mechanism, his next task in M6 will be to gain administrative access by forcibly sorting requests, among which he might stumble upon administrator commands. The result of this security breach is that an attacker could perform binary attacks on a device offline.

This vulnerability arises from weak or conflicting coding, when each developer sticks to different coding practices and generates incompatibility in the final result of the program. Mobile application security testing will show that the savings for developers here are that, even if the prevalence of this risk is general, its detection is low. It’s not easy for hackers to learn patterns of bad coding, often requiring a difficult manual analysis. Due to poor coding, the user of the mobile device may experience slowdown in processing requests and the inability to correctly download the necessary information.

Here we can only say that you should not download APK applications from third-party resources, since hackers prefer to falsify code in applications, as this allows them to get unlimited access to other applications on the smartphone, as well as to user behavior.

This vulnerability is used to analyze binary files to define the source code and algorithms. The software can give an idea of the internal working of the application, can be utilized to quest for weak spots, as well as to gain important sensitive data from it, like encryption keys or a backend server.

Developers commonly store code in the application before it is ready in order to have easy access to the internal server. This code does not affect the operation of the application in any way. But when the attacker finds these hints, the developers are unlikely to like it, because they can be, for example, credentials for logging in with administrator rights.

It is very important to check the security of the confidential data storage of your mobile application and its behavior in accordance with various permission schemes for devices. In addition to checking for unconditional encryption of user names and passwords, answer these questions:

Next, it is needed to perform such actions for mobile application security testing:

A hacker rarely needs to take in his hands a mobile device to steal data.

Most problems with security are common to iOS and Android operating system. Hazardous data storage is a major danger, as it is identified in three quarters of mobile applications.

Then, personal and financial data, as well as passwords always undergo a hazard.

The success of a cyberattack on a mobile application directly depends on how carefully the user himself is concerned with the safety of his data. The prerequisite for hacking may be elevated privileges or programs downloaded from an unofficial source.

Risks arise not only due to individual vulnerabilities on the client or server; threats are often caused by several seemingly minor flaws in different parts of the mobile application.

Having analyzed the possibility of using the OWASP Mobile TOP 10 methodology for mobile application security testing, we can conclude that it allows you to clearly and numerically analyze the number of potential vulnerabilities that could lead to a violation of the confidentiality, integrity and availability of information that the program receives, stores and processes.