Breach Attack Simulation or BAS is a new word in cybersecurity but is rapidly gaining in popularity and already proved its effectiveness. Here we explain what it is, its features, and benefits. 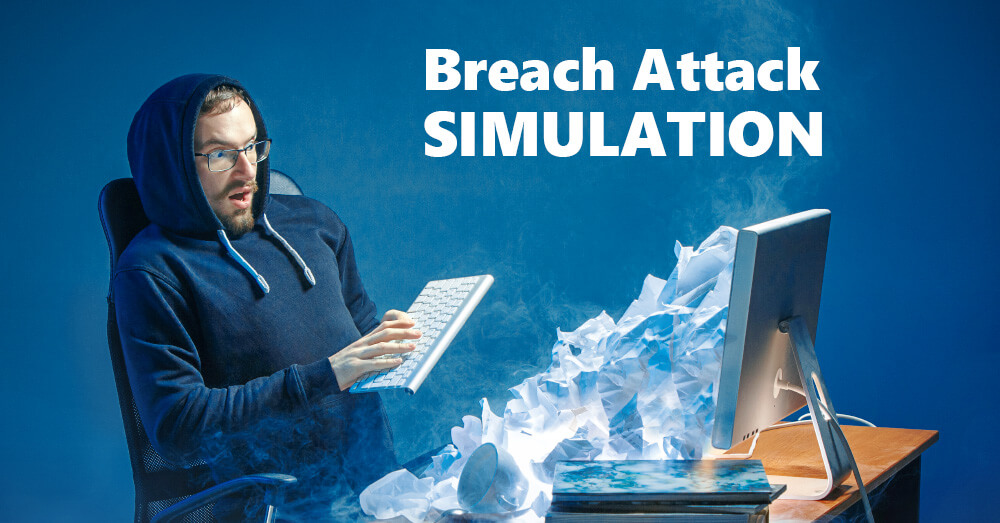 What Is Breach Attack Simulation (BAS)?

Breach Attack Simulation (or shortly BAS) is a new security technology which allows to automatically find vulnerabilities in your infrastructure. In fact, there is much in common between BAS and Automated Penetration Testing. The new Breach Attack Simulation is one of the most common ways to evaluate the reliability of your security, demonstrate possible methods of attacks, identify existing security problems.

Want to have an in-depth understanding of all modern aspects of Breach Attack Simulation (BAS) - Advanced Penetration Testing? Read carefully this article and bookmark it to get back later, we regularly update this page.

Traditional penetration tests require a significant share of human participation and are carried out with a certain frequency and in a short time. Their results reflect a static picture recorded at the time of the testing. Breach Attack Simulation is a growing market for tools that perform automated security testing on a regular basis and spend less human time.

Since the BAS technology is relatively new, solutions on the cybersecurity market may differ. There are solutions that concentrate on breach simulation itself. Other solutions may simulate a comprehensive attack with the capability to analyze the enterprise’s response in exploitation and post-attack phases. So, the main problem is which tools to choose for this.

As a good start to implementing your BAS we recommend evaluating your attack surface first with the help of our ImmuniWeb Discovery Attack Surface Management tool.

Why Breach Attack Simulation Is Needed?

Typically, network security testing is associated with two mechanisms: this is the simplest Application Penetration Testing and Red Teaming. Standard pentesting is carried out by individual experts or a group of experts that take on the role of hackers trying to penetrate the organization’s information systems and are looking for ways to get to the valuable information. Such a search for ways of penetration shows which vulnerabilities can be the starting point for the hackers, but does not give an idea of how the attack will evolve and how successfully the defense system will resist it.

Knowing these limitations, pentesters try to use automation tools as vulnerability scanners, exploit kits, and more. These are well-established technologies, especially the search for known OWASP software vulnerabilities , which even home users can exploit for a long time since many antivirus vendors include this component in their products. It is relatively cheap and fast, it is easy to automate, and with the help of a large updated database the scanner is able to detect thousands of bugs, up to the most recent and actually used by cybercriminals.

Red Teaming, in turn, is an improvement in regular penetration testing that overcomes some of its shortcomings through a more meticulous, in-depth and realistic test. Specialists conducting such a study reproduce the entire range of actions of attackers aimed at gaining access to the information infrastructure and gaining a foothold in it.

In both cases (regular penetration testing and red teaming), security is checked manually, but using automatic software tools to facilitate this task. Each test gives a narrow static picture, shows only the ability to bypass the protection at a single point in time based on one scenario. Both approaches, especially the regular pentest, provide relatively few opportunities for a comprehensive assessment of the effectiveness of the security policy and the security system as a whole.

What Are the Features of Breach Attack Simulation?

According to many experts on cybersecurity, Breach Attack Simulation is like a penetration test, only better, so a regular pentest will eventually be superseded by solutions from the BAS category. At the same time, Red Team and BAS are not mutually exclusive, in principle, that is, they not only compete with each other but complement one another. In general, they can be called two paths to one goal. At the same time, BAS has features that allow you to overcome some of the inherent flaws of the Red Team.

Essentially, BAS is an evolution of the traditional penetration testing towards Automated Penetration Testing. Here, the actions of malefactors are still reproduced, however, the human is almost completely excluded from the verification process, since once launched, the testing tool will conduct attacking actions according to the given scenario and will methodically expose the protection system to the entire range of directions and hacking methods until it finds a loophole and will not achieve the desired result. However, as a rule, there is no need to purchase and deploy hardware and software, learn to use exploit packages, and so on.

Breach Attack Simulation usually exists in the form of SaaS cloud service, so it is enough to rent them and activate at the touch of a button. In addition to its greater ease of use, BAS facilitates regular inspections, as it does not require the hiring of experts. For verification, you only need to run an independently working task on a schedule and study the results. The creators of such products often pay particular attention to how reports are generated and test results are presented.

In this way, you can clearly see what each penetration attempt has led to, and draw conclusions about where the protection system should be strengthened. The key idea of this method is to ensure consistent and continuous security testing, automatically simulating different attack options and allowing you to monitor how people and IT infrastructure respond to threats. Since the Breach Attack Simulation can be inferior to the Red Team method in the subtlety and class of attacks, but, on the other hand, outperforms it due to the breadth of coverage of probable problems, including very exotic ones, so these methods of assessing security complement each other.

Since the Breach Attack Simulation way is relatively new, existing solutions differ significantly in functionality and technology. The vectors of simulated attacks are quite diverse, like their predefined patterns, and some products allow you to assess the level of risk and offer recommendations for eliminating identified threats, taking into account compliance with regulations. Most solutions are available as a cloud service, some are deployed locally.

Some of the Breach Attack Simulation offers need to install agents, others work without them, but there is a similar range of functions. BAS products allow companies to independently and continuously evaluate their security, check security mechanisms by simulating attacks in various directions. Examples include phishing mailings, modeling cases of leakage of confidential information from the internal network, simulating network attacks, malicious activity.

What You Get from the Breach Attack Simulation?

Evaluation of threats begins with the correlation between the costs of protection and the possible losses from compromising the protected information and the unavailability of services. If the organization does not need, for example, the processing of personal data in accordance with any regulations, then usual vulnerability scanning and regular penetration testing will be quite sufficient. In other cases the reliability of security tools will need to be more thoroughly checked. If the enterprise collects and stores important personal data then it shouldn't rely only on classic vulnerability scanners.

Despite the growing popularity of solutions for the automatic simulation of attacks, BAS is unlikely to ever completely replace the traditional pentest. However, products of this type can significantly change the market for practical safety, as they offer a faster and cheaper way to assess security compared to manual penetration testing. The Red Teaming enhances the capabilities of the traditional penetration test, and Breach Attack Simulation automates it, allowing you to keep security under constant control, monitor all key attack vectors at the same time, and also make sure that all information protection tools are configured and function exactly as they should.

As a result, this gives a user more representative test results, since the deeper the analysis and the more regular it is, the more complete our understanding of the reliability of the protection. Thus, the use of Breach Attack Simulation for continuous security assessment can significantly increase the level of actual security of the company's IT infrastructure.