The growth of new IT technologies related to finance and confidential data causes a great need for timely identification of threats and vulnerabilities. For this reason, ethical hacking is becoming more and more demanded today. 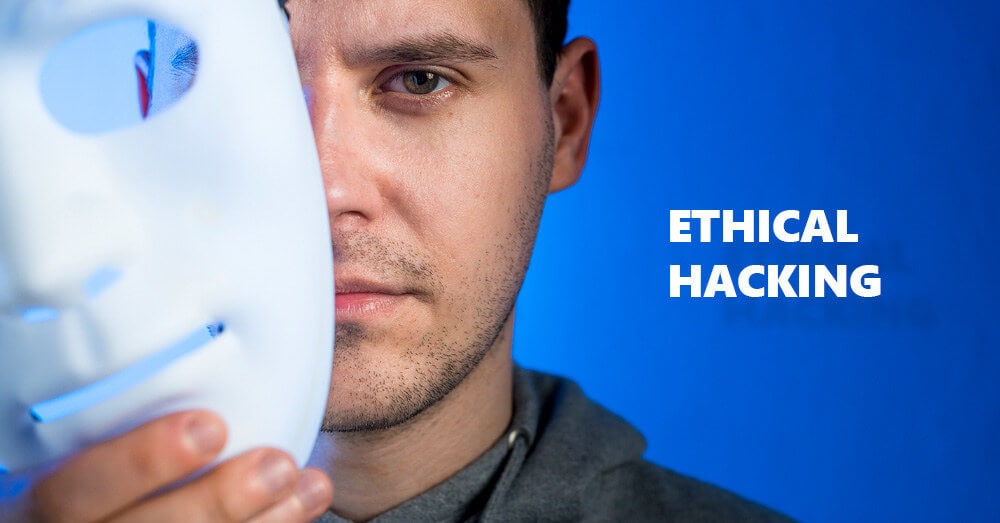 What is Ethical Hacking?

In a world where a constant connection to the Internet is the norm, and computer and network technologies are increasingly coming into all fields of life, the security of information technology is becoming more and more important. And if individual users can usually protect themselves from most of the dangers simply by following a series of simple rules, then it’s more difficult for companies and organizations. They are undergoing much more targeted attacks, and their possible consequences can be disastrous for all employees and customers of the company. Therefore, among other technologies for identifying and protecting against IT threats ethical hacking is now in high demand.

Want to have an in-depth understanding of all modern aspects of Ethical Hacking? Read carefully this article and bookmark it to get back later, we regularly update this page.

The word "hacker" in public consciousness is almost always associated with a person who uses his knowledge in computer technology in order to gain access to other people's data with malicious intent - as a rule, to obtain illegal profits. However, the very fact of the existence of such attackers led to the emergence of specialists in another direction - the so-called ethical hacking. Such hackers, in principle, do the same thing - they look for vulnerabilities and errors in network security systems and ways to use them. However, this is being done not for the theft of other people's data, but for the exact opposite purpose - in order to test the systems for strength and to point out potential weaknesses.

Ethical hacking is essentially the same hacking, but carried out legally to find vulnerabilities in order to patch them afterwards. Experts who carry out such attacks are called White Hat hackers, as opposed to Black Hat hackers who are in fact cyber criminals, because they use their skills with malicious intent, causing harm to other people and companies, compromising other people's personal information.

Despite some free penetration testing tools like Kali or Metasploit, and emerging bug bounty services, the majority of companies prefer to order the professional ethical hacking services, which, thanks to an integrated approach, can provide greater protection efficiency for complex systems with a large number of information assets.

ImmuniWeb Penetration Testing products make it possible to detect and eliminate errors and vulnerabilities in the companies' products and networks in a timely manner, that is, before attackers.

In recent years, this kind of ethical hacking has become increasingly common. Many large companies are willing to pay well for those who find vulnerabilities in their infrastructure before real attackers take advantage of them. For help, white hackers are contacted not only by large companies, but also government organizations, in order to comply with regulations such as FISMA and other applicable laws. In some countries, they launch centralized programs to search for weaknesses in government IT systems and vendor products.

Ethical hacking, also known as traditional penetration testing, is the act of breaking or entering a system or network with the consent of the user. Its purpose is to evaluate the security of an organization by exploiting vulnerabilities in a way that attackers could exploit them. Thereby, the attack procedure is documented to prevent similar cases in the future.

Penetration tests can be further classified into three types:

Ethical hackers in most cases use the same methods and tools as attackers, but with the permission of an authorized person. The ultimate goal of the entire practice is to increase security and protect systems from malicious attacks. Through the process of ethical hacking, a pentester, in order to find any possible methods of penetration, usually tries to collect as much data as possible about the system that it intends to crack.

Attackers will always be there, trying to find vulnerabilities, backdoors, and other secret ways to access the data of companies and organization, so the role of ethical hacking in cyber security will always be important and will only increase in the future.

Now, the traditional penetration test is not a panacea for all attacks. Recently, more and more new SaaS solutions have emerged that outperform ethical hacking by a number of criteria. The most popular trendy solution is the Automated Penetration Test. Nevertheless, traditional ethical hacking is still widely used as a service.