Read also: NortonLifeLock hit with a credential-stealing attack, Mailchimp hacked twice in less than a year, and more. 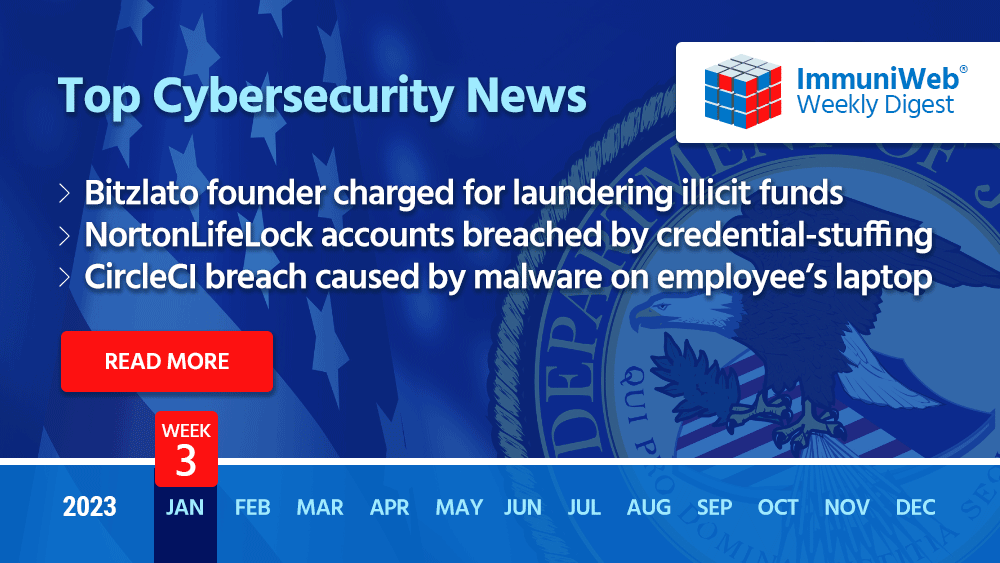 Bitzlato touted itself as a no-questions-asked cryptocurrency exchange, essentially becoming a safe haven for cybercriminals. The exchange was allegedly used to facilitate purchases on Hydra Market, one of the oldest and largest Dark Web marketplaces shut down by law enforcement authorities last April. According to the DoJ, Bitzlato also received more than $15 million in ransomware proceeds.

The company said that the breach was spotted on December 12 when its intrusion detection systems detected “an unusually high number of failed logins” on Norton accounts. An investigation showed that attacks began on December 1, and that a number of accounts were breached. The exposed customer information may include first name, last name, phone number, and mailing address. The incident appears to have impacted about 6,450 customers. According to Norton, its systems were not breached.

Software company CircleCI shared new details on a data breach disclosed in early January. According to the company’s incident report, the attacker broke into its network through an engineer’s laptop infected with an info-stealing malware used to steal a valid, 2FA-backed SSO session. This malware was not detected by CircleCI antivirus software.

Because the targeted employee had privileges to generate production access tokens, the intruder was able to potentially access and steal data from a subset of databases and stores, including customer environment variables, tokens, and keys.

Following the hack the firm restricted production environment access to a small number of employees and implemented additional security measures.

Roughly 60 million compromised payment card records were posted for sale on Dark Web marketplaces in 2022, which is, actually, a significantly lower number compared to almost 100 million in 2021.

Newsletter service Mailchimp hacked twice in less than a year