Today, the development of control means over the ever-increasing attack surface due to the growth
in the number of endpoints has become a vital necessity. Extended Detection and Response (XDR)
technology has become one of the effective solutions. 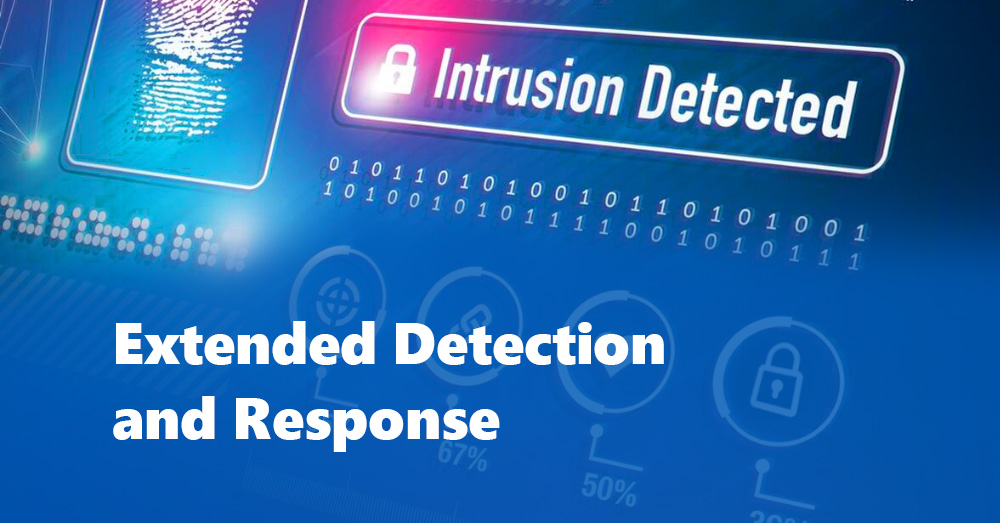 Cybercriminals tirelessly continue to look for security bugs, and almost every day there is news that another vulnerability has been found in an application, device or operating system. Attackers hunted for virtual workforce after a massive shift to remote work took place. Extended Detection and Response (XDR) was a reply to the increased activity of criminals to take control of digital business transformation activities directed to get the ability to attack clients of the organization.

Want to have an in-depth understanding of all modern aspects of Extended Detection and Response (XDR)? Read carefully this article and bookmark it to get back later, we regularly update this page.

Hacking of IT systems and theft of corporate databases have evolved into attacks aimed at the home devices of remote employees. In this case, the preference is given to using ransomware viruses, but this is just one of many attack vectors. Identified OS vulnerabilities, applications with integrated malware, open, forgotten, or poorly protected ports for Internet access are increasingly used.

Organizations continue to implement remote worker management processes by introducing multi-factor authentication in this new highly dispersed work environment. At the same time, employees continue to use new, convenient, but unsafe Internet behaviors, use personal devices for work, and continue to use weak passwords in personal and work applications. Many companies have already realized the importance of the mental and emotional well-being of employees during a pandemic and working in a new environment.

In the post-pandemic realities that prevail today, the employer must not only control the process of completing production tasks but also take care of the safety of devices and employees. The increased speed and volume of attacks and the expanding threat landscape facing organizations in this new era of telecommuting require security professionals to look for ways to best secure their virtual workforce while protecting the corporate environment. So, the main trends were primarily the development of new cybersecurity standards, as well as issues of data security on mobile devices.

Scammers send letters on behalf of official sources in such a way that sometimes these messages are difficult to distinguish from real ones even for professionals. In the course of attacks, cybercriminals use large computer power, automating the process of hacking the enterprise network and gaining access to corporate data. Under these conditions, it has become very difficult, and sometimes even almost impossible to predict where to expect attacks.

Security engineers and analysts find it increasingly difficult to defend organizations because their resources are limited and the forces of a potential adversary are innumerable. This is why Extended Detection and Response (XDR) technologies are of great interest to companies. Modern problems require modern solutions. For a comprehensive analysis of network protection, large companies often deploy Security Information and Event Management (SIEM) systems in their infrastructure, but without a serious staff of analysts, they often turn out to be ineffective in identifying threats.

How Extended Detection and Response (XDR) Can Help?

Numerous studies show that most organizations find the effectiveness of threat detection and response limited due to the fact that it relies on the use of multiple disparate and highly targeted tools. Extensive Detection & Response (XDR) offers automatic correlation of events in a general context, analysis of end devices, mail, network, and clouds, formation of responses, as well as extensive incident analysis capabilities that can significantly reduce investigation time.

Dark web programmers have learned how to create effective malware that does not arouse suspicion in antivirus solutions. The apparent danger of blocking is now more disguised, not identified by traditional security measures that do not raise alarms. Directly related to these issues are the protection of the remote staff and the more sophisticated threat detection framework.

EDR (Endpoint Detection & Response) systems can provide detailed visualization of suspicious activity on user workstations. However, for analyzing network traffic and registering events at the level of switches, routers, gateways, they will not work, and therefore you need to use other software and hardware. The part of the enterprise infrastructure located in the cloud has even less transparency and visibility, not to mention corporate mail.

If for some reason, a malicious object was able to get into the email, it becomes a blind spot for the security system. Talking about XDR, where the first character X is a parameter in the security function, which can be substituted for any of the segments - end device, mail server, network, cloud, or whatever. X means extended, reflects a cross-level approach to solving information security problems. This refers to huge amounts of data from various sources, the processing of which is extremely important for identifying threats.

These solutions integrate cybersecurity management services that include a platform that provides advanced threat detection and remediation. XDR systems collect data not only from workstations but also from the network, clouds, and third parties. In addition to protecting endpoints, the solution provides analysis of network traffic, user actions, attack prevention, and incident investigation. It is also often possible to receive data from firewalls, endpoint protection, in particular, the function of managing USB devices, as well as a new malware analysis system based on machine learning.

The integration of different layers of defense within a single common platform ensures that there is no misunderstanding of the significance and importance of alerts about potential threats. Application-level integration with e-mail provides complete visibility to each mailbox. Control at the gateway level is not able to show whether there is malware in the user's mail at the moment, the check will be carried out only at the time of sending and receiving messages.

Analyzing the distribution of letters from a compromised user, if this fact has already been established, using a simple mail gateway will also fail. A cross-layer approach to analysis, as well as constantly improving threat detection engines, telemetry, process, and analysis of data, help Extended Detection and Response (XDR) solutions accurately and quickly determine the relationship between events and minimize human involvement. XDR works with all major operating systems available, providing full support for Windows, macOS, and tens of different Linux distributions.

Extended Detection and Response technology is able to detect changes even in such increasingly popular container platforms as Docker, Kubernetes and others. Network printers, contractor employees with their equipment, personal devices (BYOD) brought to the office, corporate PCs with missing or remote security software, various IoT devices - all of this is perfectly captured by XDR systems since such activity is visible at the network level.

XDR correlates threats across the entire IT system of a company, providing global information on potential threats. Armed with artificial intelligence support and using algorithms for analyzing big data, the solution generates only meaningful alerts, prioritizing them in terms of importance and severity, setting each to a specific score. Thus, security professionals do not have to manually analyze hundreds of thousands of alarms. For example, the component that controls corporate mail provides information that a suspicious link has been found in the mailboxes of several users, and one of the recipients has followed it, while the connection itself is detected by means of the user's computer.

Two events that seem independent at first glance, such as letters in the mail and a link to a suspicious domain, may turn out to be linked in the same chain. The more elements in such a chain, the higher the score assigned to it will be, reflecting the level of threat anxiety. Experts analyze the incidents that have occurred every day. Based on their experience, they create new attack patterns that can be matched against hidden and unknown threats.

XDR technology provides information security specialists with more effective analytics due to the deep embedding of sensors at each of the levels of the infrastructure. Moreover, threats that at first glance may seem frivolous, thanks to their presence in a general context affecting all aspects of the information system, can become accurate and meaningful indicators of compromise.

The main task of Extended Detection and Response (XDR) is to identify what other defenses have missed and to prevent further development of the attack. Having understood how the customer's network behaves as a whole, the automation is able to detect even those threats that managed to bypass all point security mechanics. In some cases, without the introduction of XDR, it will be impossible to find out exactly how the cyber infection penetrated the network, who was zero patient, and whether your company is currently infected. As soon as experts identify a new attack, data about it will immediately be uploaded to the global system, and XDR will begin an independent check of your network for exposure to this threat and report a possible infection.

Is Extended Detection and Response the Best Option?

Extended Detection and Response (XDR) combines accurate algorithms for finding connections between any changes at each of the infrastructure levels, including cloud loads and containers, support for all available operating systems, and event analysis at the network level that allows you to detect a variety of threats, including those which come from personal smartphones, tablets and laptops or IoT devices. Permanently expanding experts set of attack models based on global experience, extensive intrusion research functionality, and more.

We suggest transfer the lion's share of routine work to artificial intelligence and automation, using such highly effective information security tools as ImmuniWeb Discovery that provides full threat diagnostics for all your company systems, and also ImmuniWeb Continuous for continuous penetration testing to verify complete protection and attack history.